The Whitney Museum of american Art


The Whitney Museum of american Art is an art museum located in Manhattan. It was founded in 1931 by Gertrude Vanderbilt Whitney, a wealthy and prominent american socialite and art patron after whom the museum is named. The Whitney focuses on 20th- and 21st-century american art. Its permanent collection comprises more than 21,000 paintings, sculptures, drawings, prints, photographs, films, videos, and artifacts of new media by more than 3,000 artists. It places a particular emphasis on exhibiting the work of living artists for its collection as well as maintaining an extensive permanent collection containing many important pieces from the first half of the last century. The museum's Annual and Biennial exhibitions have long been a venue for younger and less well-known artists whose work is showcased there. From 1966 to 2014, the Whitney was located at 945 Madison Avenue at East 75th Street in Manhattan's Upper East Side. The museum closed in October 2014 to relocate to a new building designed by Renzo Piano located at 99 Gansevoort Street at Washington Street in the West Village/Meatpacking District neighborhoods of Lower Manhattan; it reopened at the new location on May 1, 2015. 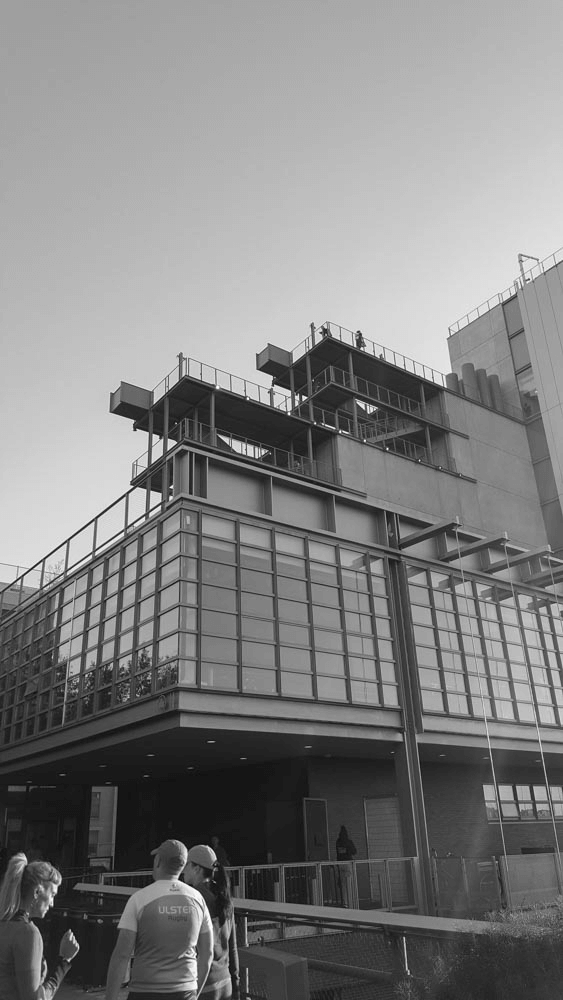