Opened in 1903, the Lyceum Theatre is one of the three oldest surviving Broadway venues. It is the oldest continuously operating legitimate theatre in New York City, and the first Broadway theatre ever to be granted landmark status (1974). It is one of the few theatres in New York which continues to operate under its original name. Designed by architects Herts & Tallant in the Beaux-Arts style, the Lyceum was built by impresario Daniel Frohman, replacing Frohman's earlier Lyceum on Fourth Avenue that closed in April 1902. The new Lyceum opened on November 2, 1903, with the play The Proud Prince. Frohman's brother Charles served as the theater's manager until his death in 1915. among the prominent performers who appeared on the Lyceum's stage in its early years were Ethel Barrymore, Fanny Brice, Billie Burke, Ina Claire, Miriam Hopkins, Walter Huston, Basil Rathbone, and Cornelia Otis Skinner. The theatre maintains most of its original Beaux-Arts design, including its elaborate marble staircases and undulating marquee. Although it has three levels, it is one of the smaller Broadway theatres in terms of capacity, seating only 922. An apartment located above the orchestra, originally used by Frohman, is now the headquarters of the Shubert Archives. 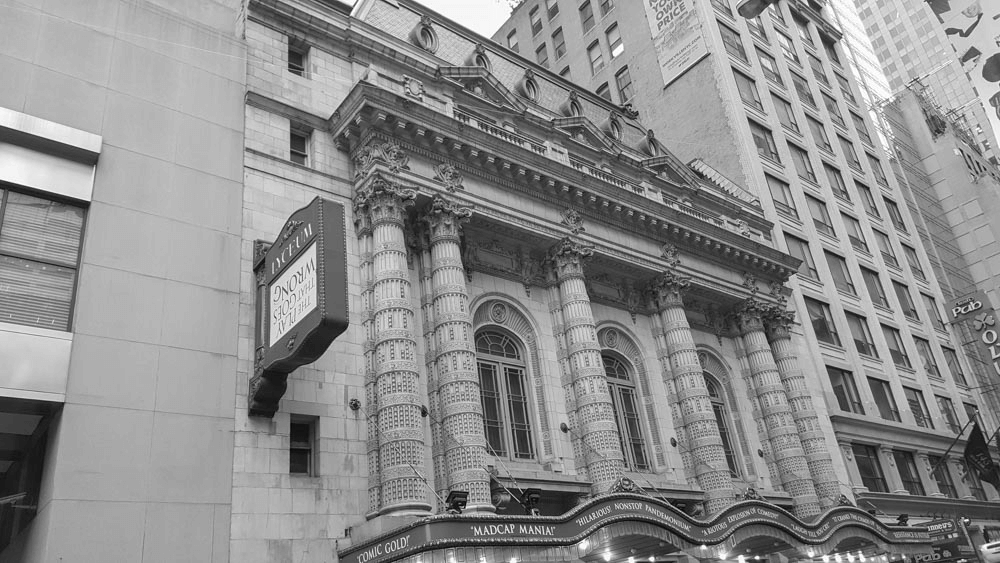