Russian Orthodox Cathedral of the Transfiguration of Our Lord


Russian Orthodox Cathedral of the Transfiguration of Our Lord is a historic Russian Orthodox cathedral at 228 North 12th Street in the Williamsburg neighborhood of Brooklyn, New York City. The cathedral was designated a New York City landmark by the Landmarks Preservation Commission in 1969, and was listed on the National Register of Historic Places in 1980.The cathedral was built from 1916 to 1921 and was designed by Louis Allmendiger. The plan is based on a Greek cross and is designed in the Russian version of the Byzantine style, but with a Renaissance flavor. The building features characteristic copper Onion domes atop four octagonal belfries and a large central copper-covered dome. Each done is topped by a large, gilded Russian Orthodox cross. The building's facade is constructed from yellow bricks with a small amount of trim made from stone. The windows and doors are primarily round-arched, with stairs leading to the front entrance. 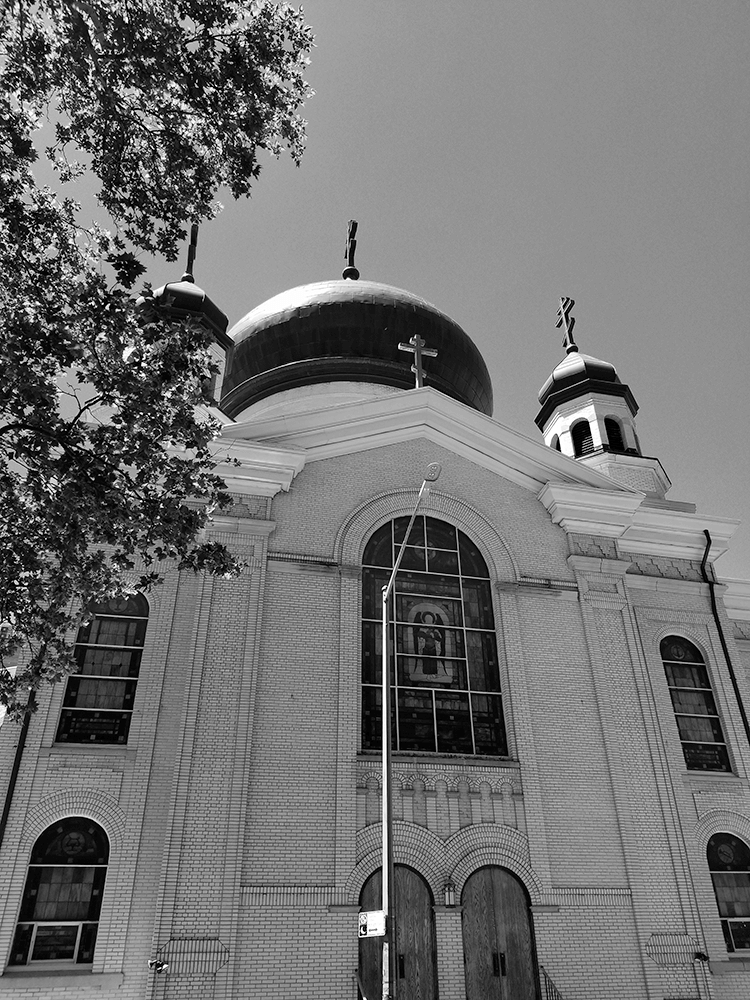