Stretching four miles from 72nd to 158th streets along the Hudson River, Riverside Park is widely regarded as Manhattan's most spectacular waterfront park. As one of only eight officially designated scenic landmarks in the City of New York, it has a long and storied history. Since 1875, the landscapes of Frederick Law Olmsted have offered escape from the city and opportunities for people of all incomes to relax, play, and socialize in tranquil settings. These landscapes contain rocky precipices, sylvan lawns, and groves of mature elm trees. From Riverside Drive, the land terraces down steeply in three levels to a manmade shoreline and promenade, constructed between 1937 and 1941 under the administration of Robert Moses. The designers, Gilmore D. Clarke and Clinton Lloyd, added 134 acres to the park and twenty-two modern recreational facilities. They wove through this extraordinary collection of active recreation and scenic areas a vital north-south automobile artery and a railroad running in a tunnel under the entire park. Recreational facilities include a range of sports courts and fields, a skate park, a large portion of the Manhattan Waterfront Greenway (for bicycles), and the 110-slip public marina at 79th street, an important part of New York State's Water Trail. 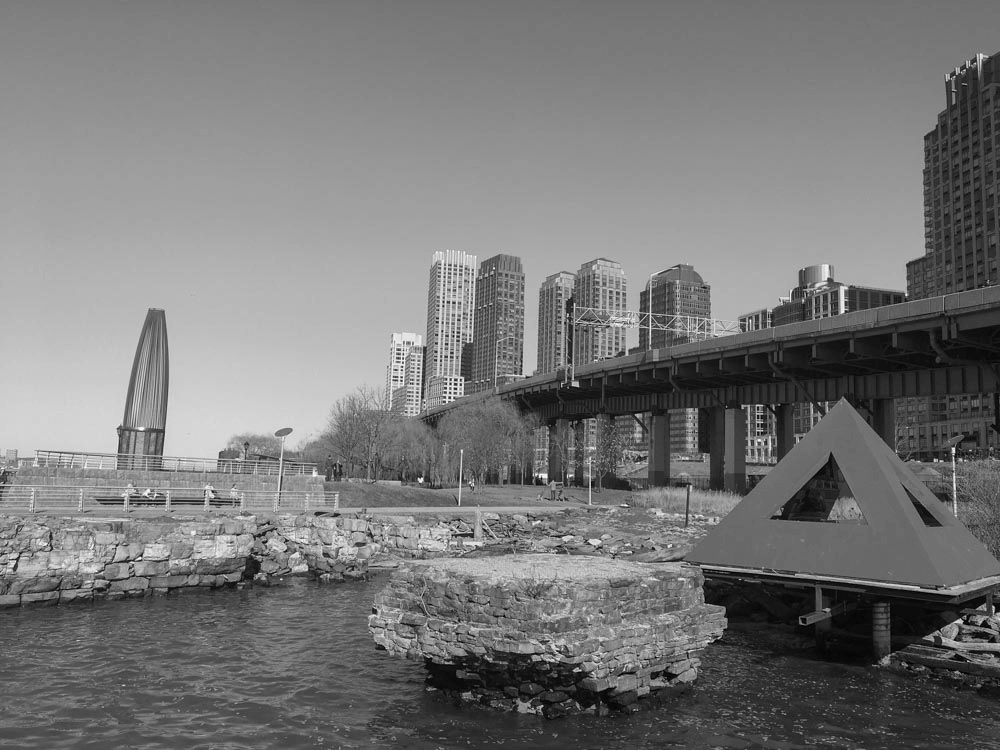