The Majestic Theatre was originally built in 1927 by real-estate magnates, the Chanin Brothers, as part of a three-theatre complex that also included the Royale (a mid-sized house) and the Theatre Masque, now the John Golden (a small house). The Majestic, a large musical house, complemented the other two venues, enabling producers to move shows based on their ticket sales to the most appropriately-sized venue. In 1930, the Chanins transferred ownership of all three houses to the Shuberts.The Chanins commissioned Herbert Krapp to design the theatre complex in what he called a “modern Spanish” style, complete with terra-cotta base and Spanish brick-wall ornamentation, and arched windows. The Majestic's exterior also includes a stylized Palladian motif above the entrance. The interior features the Adam-style detailing common in many Shubert houses. Decades before the current vogue for stadium seating in movie theaters, Krapp had conceived of a similar concept for the theatre's orchestra. With its steep rake, it offers ideal sight lines for audience members. Another forward-thinking aspect of the design was the creation of a single large balcony rather than two smaller ones—today’s producers are hesitant to book two-balcony houses because second-balcony seating is less desirable to modern audiences. 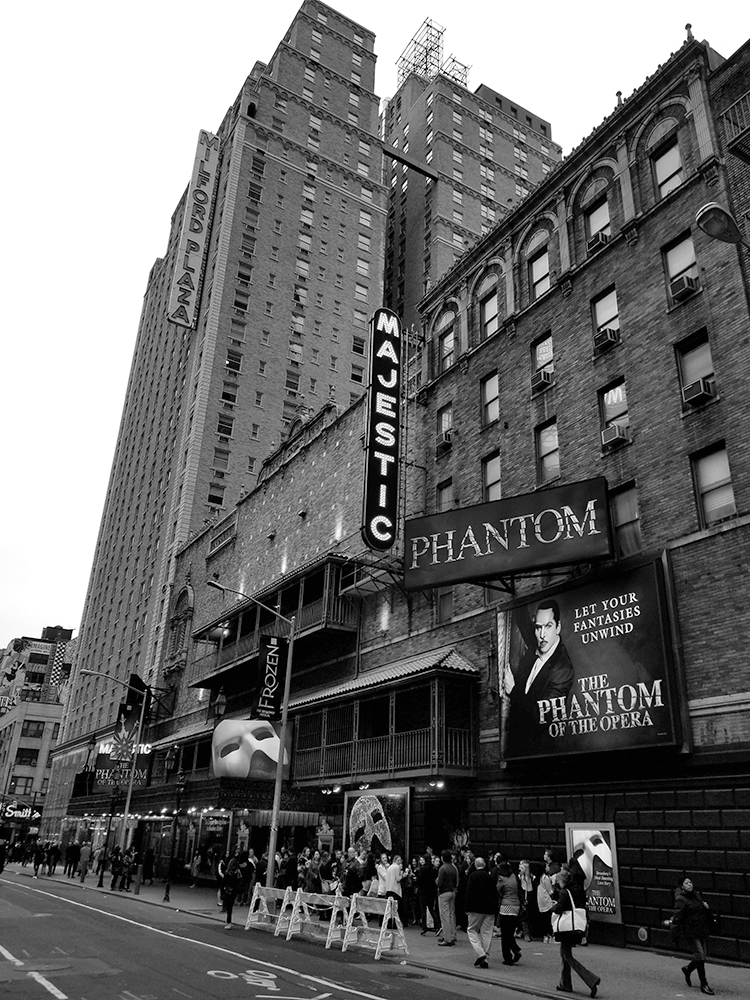