Founded by Eric Kayser in Paris in 1996, Maison Kayser is an authentic artisanal French Boulangerie, meaning that bread and other baked goods are mixed and baked on-site all day long. Recognized as one of the most talented artisan bakers of his generation, Eric Kayser has built his reputation on his passion for bread, the quality of his products and his incredible skill to combine authenticity and innovation in the world of French artisanal bakeriesBorn into a family of French bakers, dating back four generations, Eric Kayser started his baker apprenticeship at age 14. He was exposed very early on to the art of baking, perfected his techniques for five years with the “Compagnons du Devoir et du Tour de France” (an exclusive organization of France’s finest craftsmen and artisans), where he then trained bakers during his 10 years at the INBP (French national school of bakers).In 1996, he opened his first bakery, Rue Monge, in the heart of the Quartier Latin in Paris, France. It was an immediate success and as of today, Maison Kayser has over 100 shops in over 20 different countries! Each Maison Kayser location around the world is organized in the pure tradition of the French Bakery. The most ancestral techniques are combined to produce bread, including the use of liquid leaven, and innovation with the most high performance, modern, state-of-the-art bakery equipment. In August 2012, the first Maison Kayser opened in the United States, on the Upper East Side in New York. Immediately celebrated by the customers and the press as having the best baguette of NY (New York Magazine 2013), Eric Kayser has since opened several bakeries in Manhattan, to meet the demand of its customers in different neighborhoods. In addition to having an artisanal French bakery retail shop, most Maison Kayser locations in NYC feature a French style sit-down café, that offer a wide selection of Eric’s favorite savory prepared dishes. 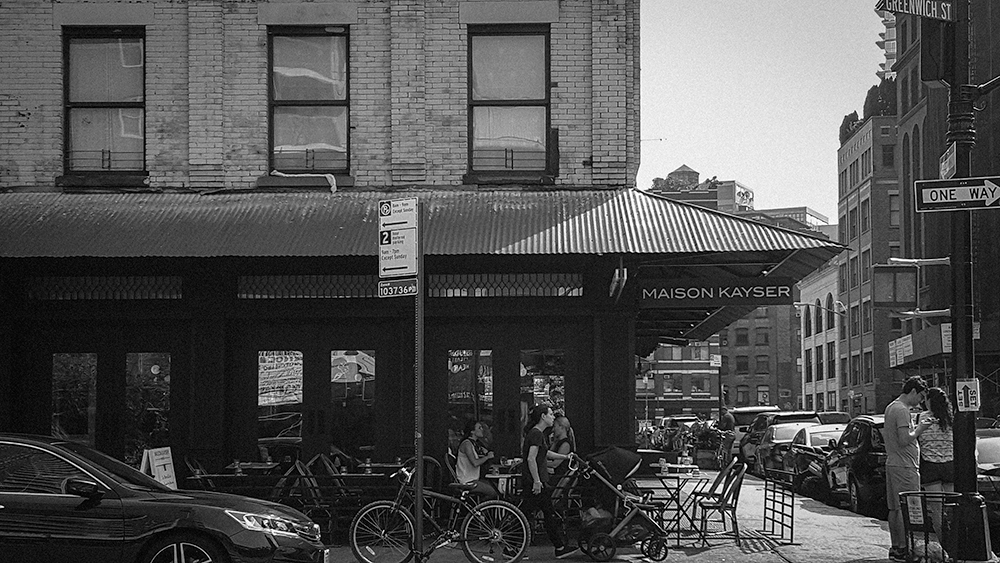