his bronze portrait bust depicts German dramatist, poet and historian Johann Christoph Friedrich von Schiller (1759–1805), and was the first sculpture installed in Central Park. A gift of New York’s German-american community, the bust was dedicated in November 1859, the centennial of Schiller’s birth, during a three-day festival in New York commemorating Schiller. Sculpted by C.L. Richter, the piece is based on an earlier marble bust sculpted by German artist Heinrich Dannecker in 1805. In 1955 the bust was moved from its original location in Central park’s wooded Ramble to its present site on the Mall opposite the bandshell, and its fragile brownstone pedestal was replaced with a more durable granite base. In 1992 the Central Park Conservancy conserved the Schiller Monument. 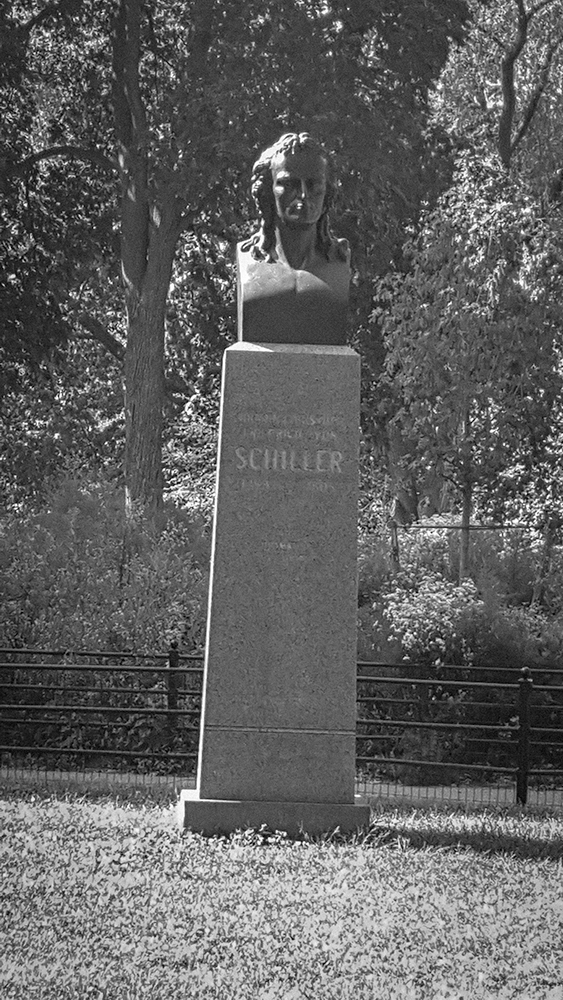