The Gerald Schoenfeld Theatre is a Broadway theatre, previously known as the Plymouth Theatre, located at 236 West 45th Street (George Abbott Way) in midtown Manhattan and renamed in 2005 in honor of Gerald Schoenfeld. Designed by architect Herbert J. Krapp to resemble the neighboring Shubert and Booth theatres designed by Henry B. Herts, the building was constructed by the Shubert brothers in 1917-18, christened the Plymouth Theatre, and leased to producer Arthur Hopkins. He intended it to be a venue for legitimate plays starring notable actors such as John and Lionel Barrymore. The premiere production was A Successful Calamity, a comedy with William Gillette and Estelle Winwood. After Hopkins died in 1948, control of the theatre returned to the Shuberts, who still own the property, which was designated a New York landmark in 1987. The 1,080-seat house was renamed after Gerald Schoenfeld, chairman of the Shubert Organization, in 2005.The limited engagement drama A Steady Rain, which starred Daniel Craig and Hugh Jackman, achieved the box office record for the Gerald Schoenfeld Theatre. The production grossed $1,292,210 over eight performances, for the week ending December 6, 2009. This record was later eclipsed on three occasions by the 2014 production 'It's Only a Play', starring Matthew Broderick and Nathan Lane which mostly grossed $1,424,039 over eight performances for the week ending December 7, 2014. 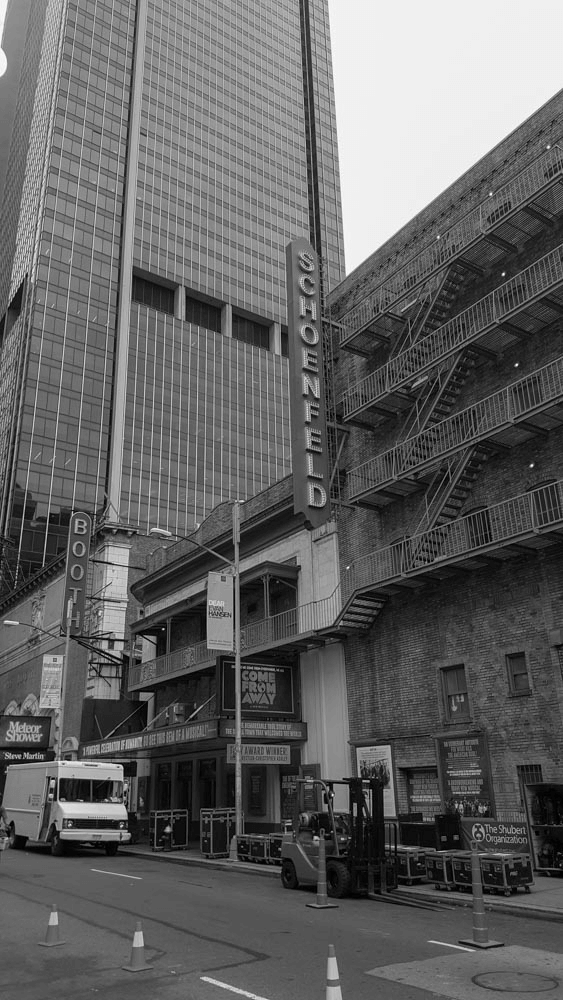