The first memorials to the victims of the September 11 attacks in 2001 began to take shape online, as hundreds of webmasters posted their own thoughts, links to the Red Cross and other rescue agencies, photos, and eyewitness accounts. Numerous online September 11 memorials began appearing a few hours after the attacks, although many of these memorials were only temporary. Around the world, U.S. embassies and consulates became makeshift memorials as people came out to pay their respects. The Tribute in Light was the first major physical memorial at the World Trade Center site. A permanent memorial and museum, the National September 11 Memorial & Museum at the World Trade Center, were built as part of the design for overall site redevelopment. The Memorial consists of two massive pools set within the original footprints of the Twin Towers with 30-foot (9.1 m) waterfalls cascading down their sides. The names of the victims of the attacks are inscribed around the edges of the waterfalls. Other permanent memorials are being constructed around the world. One of the places that saw many memorials and candlelight vigils was Pier A in Hoboken, New Jersey. There was also a memorial service on March 11, 2002, at dusk on Pier A when the Tribute in Light first turned on, marking the half-year anniversary of the terrorist attack. A permanent September 11 memorial for Hoboken, called Hoboken Island, was chosen in September 2004. 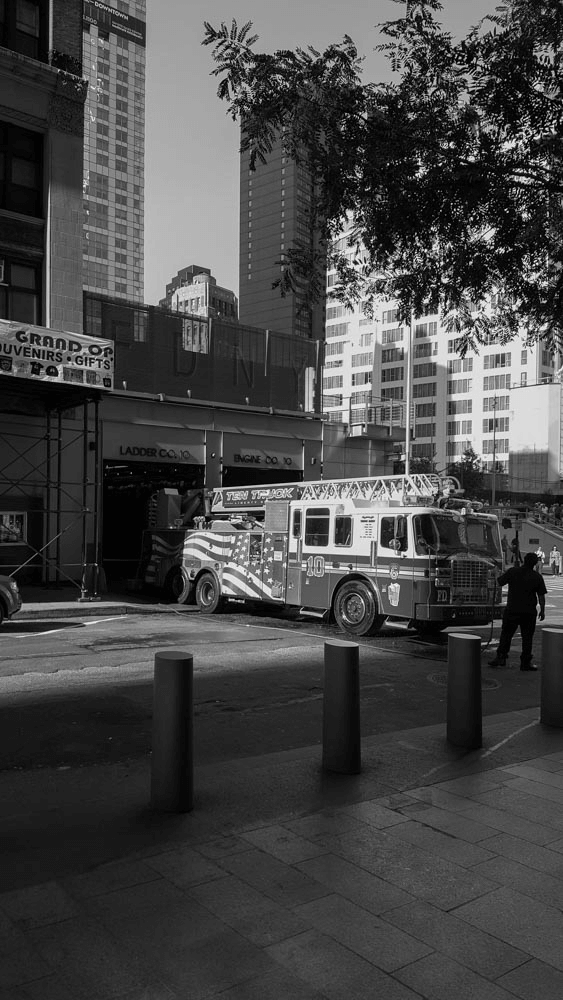