Carousel Theatre (also known as Carousel Theatre For Young People) is a professional theatre company for young audiences located in Vancouver, British Columbia, Canada. The company stages plays for young people, families and educators at the Waterfront Theatre and Performance Works on Granville Island and tours to elementary schools across British Columbia and Canada. It was also the first Canadian theatre company to offer signing during its performances for the hearing impaired. Carousel Theatre is a member of PACT, the Professional Association of Canadian Theatres.Carousel was founded in 1974 by Elizabeth Ball, who served as Artistic Director until 2001, when she stepped down and was replaced by Carole Higgins. In its early years, Carousel garnered attention for its adaptations of Shakespeare in modern dress. Later, it shifted its focus to adaptations of classical stories and new works by Canadian playwrights. Carousel first mounted its productions in Vancouver playhouses such as the Arts Club Theatre Company’s old Seymour Street theatre and the Vancouver East Cultural Centre. In about 1993, it relocated to Granville Island, where it has administrative offices and three rehearsal halls. Its administrative and rehearsal space is located across the street from the Waterfront Theatre, which Carousel helped to build and is where it mounts many of its productions. Since Higgins took over as Artistic Director, Carousel Theatre has rebranded itself as Carousel Theatre for Young People, in order to signify its focus on children and youth. Carousel has mounted premieres of several productions, some of which it had commissioned and developed. Currently, a typical mainstage season for Carousel consists of four or five productions. It offers public performances on weekends and matinees, primarily for schools, during the week. Notable Canadian plays that premiered at Carousel Theatre include A Christmas Carol - The Musical by Mavor Moore (in 1998), Dying to be Thin by Linda A. Carson (in 1992), and Basically Good Kids by Mark Leiren-Young (in 1993). Carousel also mounted an original production of Pierre Berton's fable The Secret World of Og, adapted under commission by Governor General's Award-winning playwright Kevin Kerr. Other Carousel productions have included Seussical and Kim Selody's adaptation of The Hobbit. Many notable Canadian theatre artists, including Roy Surette, Teryl Rothery, and Anna Cummer have worked for Carousel Theatre in the decades since it was founded.In addition to producing and staging theatrical performances, Carousel operates a theatre school for young people from the ages of 3 to 17 years old. The company also operates a 'Teen Shakespeare Program' for young people aged 13 to 17 during the months of July and August, culminating in a production staged by the teen actors. Artistic Director Higgins herself got her start in theatre through this program. 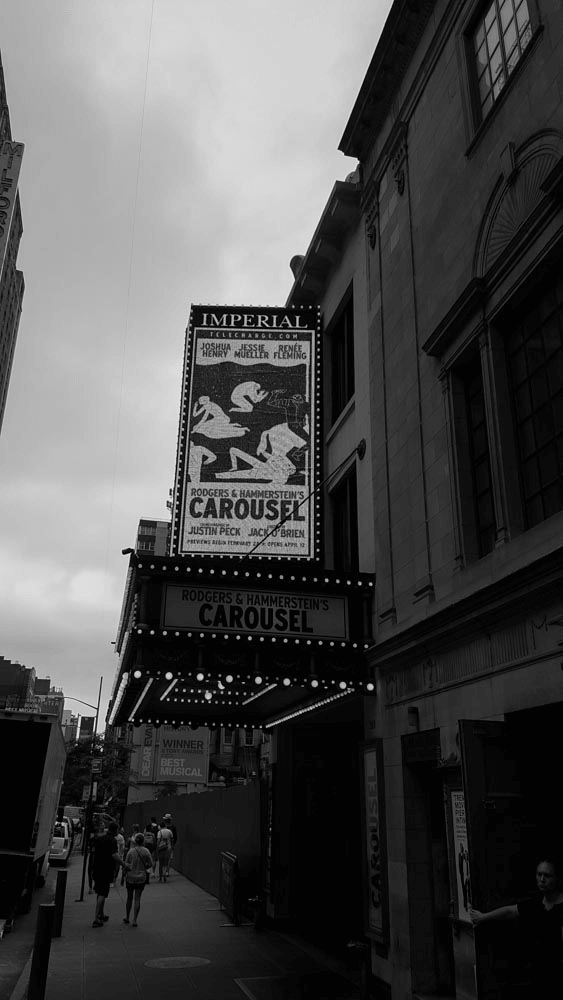